Moments to remember: from the legendary White Parties to this summer’s celebration 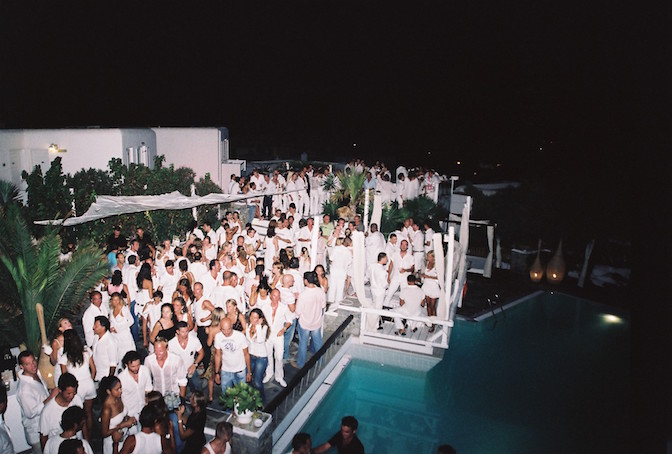 The famous Belvedere White Parties left their mark on the Mykonian social scene and still hold a special place in the hearts of those who attended them. This summer, nine years after the last White Party, the Bevedere celebrated its 20 years of operation with a very special tropical-themed party.

Every year, on August 25, the Belvedere threw owner Tasos Ioannidis a birthday bash. In August 1999, they decided to introduce a theme and guests were asked to dress in white. That was the summer the White Parties were born. On the last Saturday night of August, everyone wore white, dyed their hair and partied amid flowing fabrics hung from the ceiling. The Belvedere White Parties was the first event on the island to feature guest DJ sets. Water fountains pumped water up 10 meters high, spraying down on the guests, which only amped up the frenetic energy of the crowd. The last White Party was held in 2007, as the festivities were starting to get out of hand. 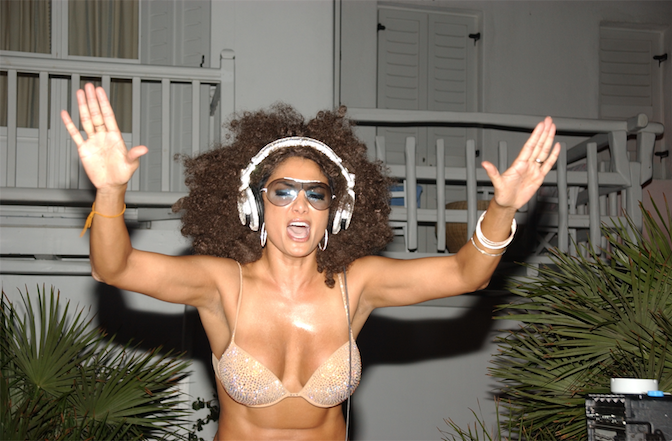 The Venetian Party, held in March 2001, is another cherished Belvedere memory. The owners wanted to explore the possibility of attracting guests to Mykonos in the winter. An artist painted the Venetian Piazza San Marco on canvas, decorating the interior of the hotel, authentic Venetian masks were handed out and chartered flights were organized to transport guests from Athens to Mykonos. Over 300 people showed up for the party, forcing other hotels to open out of season to accommodate the crowd.

This summer, seven years after the last White Party, the Belvedere threw a special celebration to celebrate its 20th anniversary and honour its loyal friends. The tropical- themed invitation prompted Â guests to dress up accordingly and most importantly, bring their party mood along. The night started with chilled cocktails around the pool as well as inside the Venyx Shop, where designer Eugenie Niarchos hosted a special event. Legendary Chef Nobu Matsuhisa himself was there, joining his Mykonos team and offering guests a once in a lifetime gastronomic experience. Then guests movedÂ inside the Belvedere Bar, which was transformed into a tropical night-club and danced the night away captivated by the sounds of guest DJs Sunnery James and Ryan Marciano. 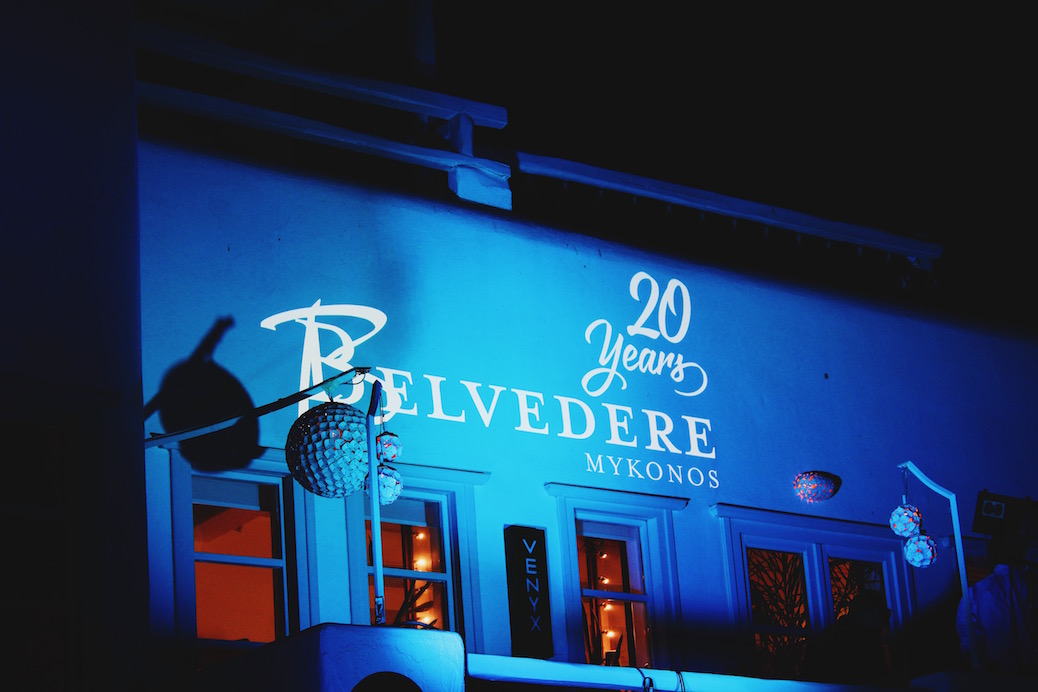 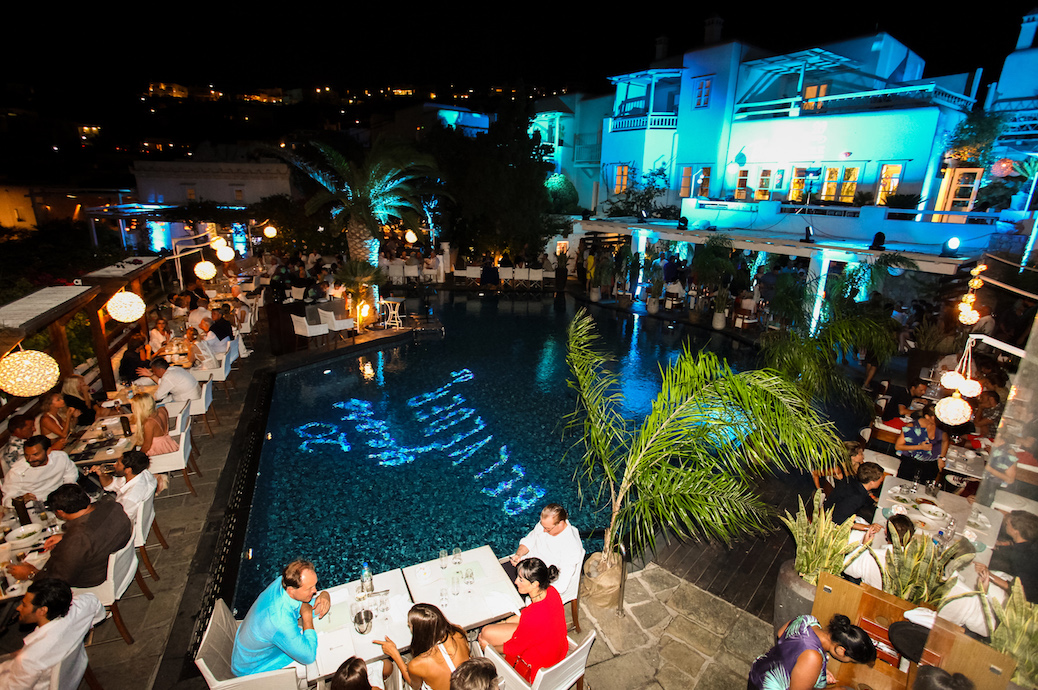