Olga Migliaressi Phoca at the Belvedere 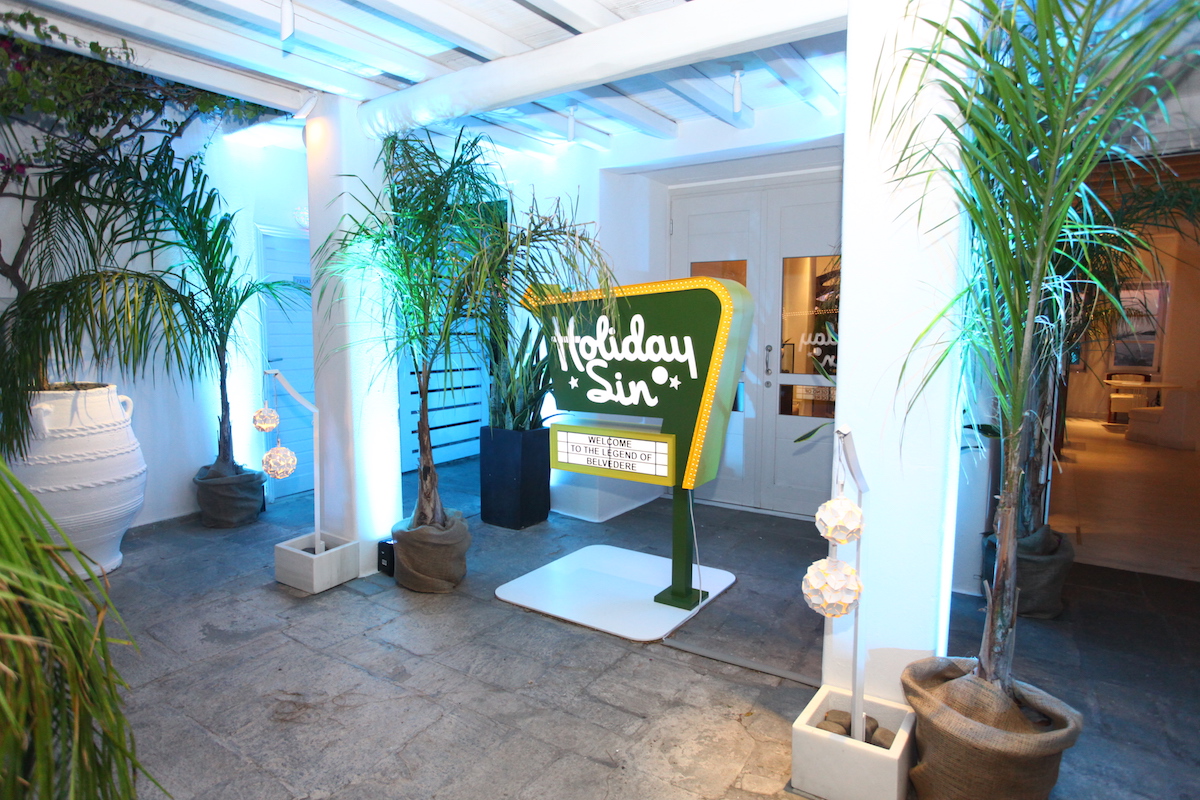 This special season marked by the hotel’s 20th anniversary, the Belvedere commissioned artist Olga Migliaressi Phoca to produce two neon artworks that would fit well both with the history of the hotel as well as its aesthetics.

“Holiday Sin” is a free standing neon sculpture  positioned in the hotel’s entrance.

Holiday Sin and Finding Nobu became integral parts of the Hotel’s life over the summer, prompting guests to interact with them and take pictures of themselves indulging in their own…holiday sin!

Olga Migliaressi-Phoca is a Greek contemporary artist whose work has been exhibited extensively in major public and private cultural foundations. Migliaressi creates neon installations that derive from the logos of popular imagery. Through the use of word-play, the artist twists iconic imagery that characterize contemporary western societies. In her work Migliaressi aims to stimulate debate and interaction with the audience.
Olga Migliaressi-Phoca (b. 1981), lives and works in Athens. She studied at Parsons The New School for Design. Her work has been exhibited extensively in Greece and abroad.
OMP is represented by Dio Horia art platform and gallery that is based in Mykonos. Through a vibrant programme of exhibitions, residencies, events, publications and pop-up bookshops, Dio Horia gallery stimulates debate, experimentation, creativity and knowledge exchange with the audience.
For her artistic process she first documents iconic pop imagery and then twists their meaning to create her own. In her latest show at Dio Horia gallery, in April 2016 the artist twisted the logos  of five brands, all associated with leisure, to create five iconic characters that inhabit a contemporary city. The five logos were: the Holiday Inn hotel chain, Lego and Nintendo toy manufacturers, the infamous American automobile route Route 66 and the luxurious car manufacturer Rolls Royce.