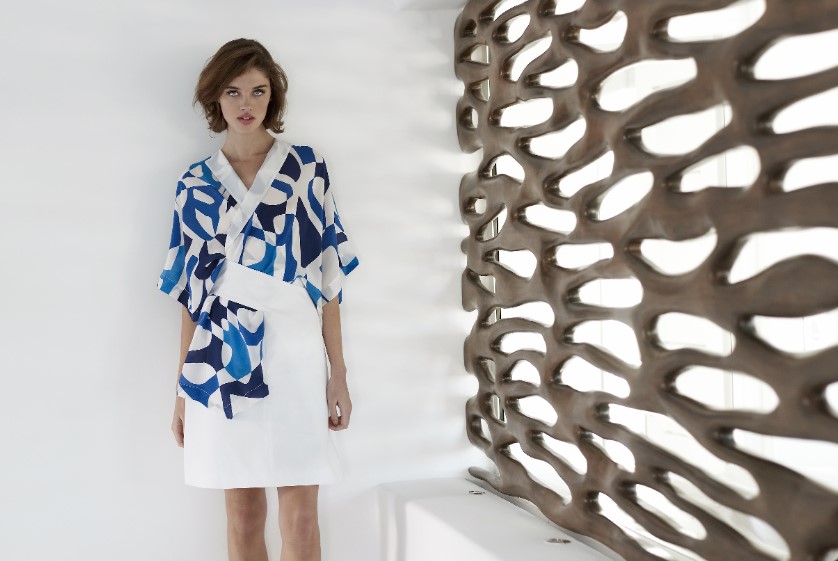 Designer Angelos Bratis blew through the Belvedere like an etesian wind, cleansing the hotel’s sartorial palette with a new range of uniforms that combine Japanese complexity with Cycladic minimalism.

A journey with Angelos Bratis, a inspiring greek fashion designer.

It’s been quite a year for globetrotting designer Angelos Bratis. After a string of successes, punctuated by an equal number of trials and tribulations, Bratis has finally made a lifelong dream come true: he has opened his flagship boutique on the island of Mykonos! “People think that working in fashion means living in an ivory tower. All you have to do is snap your fingers and everything falls into place,” says the designer, newly arrived from the UK and itching to depart for Mykonos, where he will be putting the finishing touches on his namesake store. “But the truth is very different. This is a very competitive business.” 2018 has seen Angelos Bratis navigate a number of exciting challenges with a steadfast hand, from reimagining the Belvedere Hotel uniforms to designing menswear for the first time. 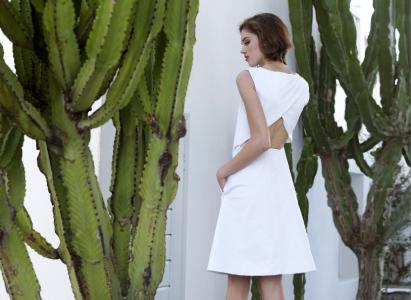 But let’s take things from the top: it all started last April, when he found himself on his favorite Aegean island, showing two British friends around. It was their first time in Greece and a quick Mykonos getaway is de rigueur for anyone who likes to call themselves his friend. As luck would have it, the party was booked into the Belvedere, where Bratis was asked to have a quick word with the manager. Bad news? Quite the contrary! “I was told the owners were very pleased I had chosen to stay at their hotel, as they were just about to contact me and ask me to design the staff uniforms!” he recalls. “It was a wonderful coincidence, although I wouldn’t exactly call it luck.”

Anyone who has watched Angelos Bratis’ career from afar would agree that a collaboration between the designer and the Belvedere Hotel was nothing less than fated. His deep grasp of the island’s identify, skillfully translated into an enchanting palette of whites and blues, made him the perfect man for the job. “The concept was to establish a form of non-verbal communication, a sartorial language, so to speak,” the Greek fashion designer explains. “Imagine a traveler arriving in Mykonos, rendered speechless by the deep blue sky, the whitewashed houses and the sparkling waters. The Cycladic islands have a very specific palette, so we created a color code to match.” 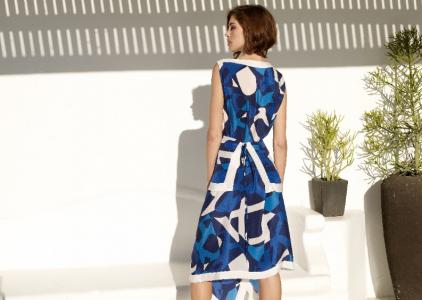 Deconstructing the nautical tradition of the Aegean, Bratis created deceptively simple silhouettes reminiscent of Cycladic figurines. “It all goes back to cultural building blocks, like the sari in India and the kimono in Japan. Ancient civilizations have always been obsessed with vestments, and I was heavily influenced by the Greek peplum,” he admits.

Most of the women’s uniforms consist of two pieces that loop or fold into one another, symbolizing the cultural crossover that brings visitors and locals closer together. Inspired by the island’s loose sense of geometry and its famously non-linear streets, the Belvedere’s new signature print dominates the silky tops, while cotton canvas grounds the lower part of the body. The men’s uniforms are extremely low key, using vertical lines to elongate the body and solid colors to enhance their Mediterranean mystique. “I had this image of a Greek man in my head who always wears a crisp white shirt to set off his tan and dark facial features,” says the designer.

Maybe this summer Angelos Bratis will finally build a uniform of his own, now that his flagship boutique is carrying his first ever menswear line. Besides, if the Belvedere staff is to be believed, his clothes are infinitely wearable long after the workday is over. “I was told the hotel has had to ask people to stop wearing their uniforms outside of work. Apparently, they just can’t seem to take it off, which I can only take as a complement!”