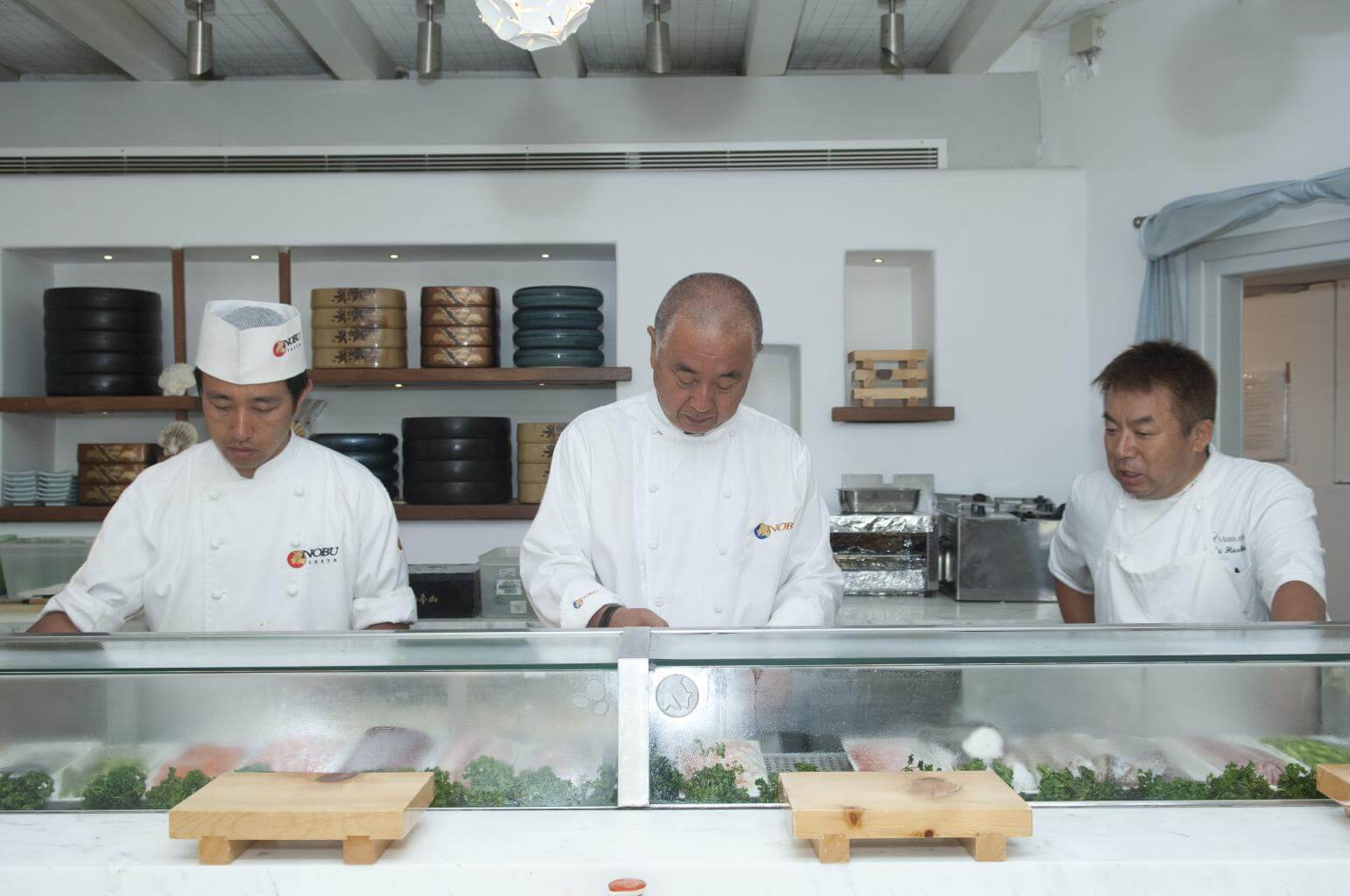 Excellent food, flawless service and positive energy are the three elements that paved the way for Matsuhisa Mykonos’ success, but the secret ingredient has always been Chef Nobu’s “kokoro”, the heart and soul he pours into every dish.

It all started with a heap of shattered serveware. It was 2003, and siblings Nikolas and Tasos Ioannidis were meeting chef Nobu Matsuhisa for the first time at his London outpost in Old Park Lane. “The restaurant was absolutely buzzing,” remembers Nikolas Ioannidis. “There was an incredible flow of energy and Chef Nobu was so approachable that we instantly felt at ease. He loves giving young entrepreneurs the opportunity to grow.” Before they had a chance to discuss a potential partnership, a customer accidentally sent a loaded tray soaring through the air, inevitably landing on the floor with a tremendous crash. A flock of servers immediately descended upon the minor disaster and, in a matter of seconds, the bustling atmosphere was restored to perfection. “No one missed a beat! I remember being very impressed,” says Ioannidis. “Our evening literally started out with a bang, but the staff was so efficient it hardly even registered.” 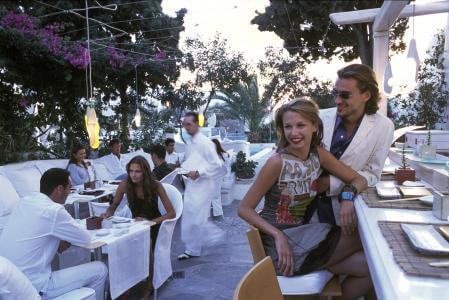 The incident however wasn’t lost on the owners of the Belvedere Hotel, whose excellent reputation was largely based on their ability to offer flawless service in addition to a unique atmosphere. 17 years later, it’s this holistic approach to hospitality that has made their partnership such a huge hit: Chef Nobu brings the culinary brilliance and the Ioannidis siblings provide the island mystique. Of course things haven’t always been easy. When Matsuhisa Mykonos first popped up in 2003, Japanese cuisine was still a novel experience for their Greek guests and the Belvedere Hotel had to work hard to cultivate their palette. “I remember that first year people would order bread with their sushi or plead for pasta. Things have changed dramatically since then!”

Matshuhisa Mykonos, the first open-air Nobu restaurant in the world, hailed a new era for the island, which soon started featuring in global travel publications and became a mandatory stop for sailboats and mega yachts travelling the Mediterranean circuit, in urgent need of a Nobu fix. In return, the Belvedere hired a rotating lineup of Japanese kitchen chefs from other Nobu locations that made their jet-setting guests feel right at home. “I remember when Denzel Washington recognized Sabu san, a chef who regularly attended to him in Matsuhisa Beverly Hills. He rushed over and hugged him, he couldn’t believe his own eyes!” recalls Ioannidis. 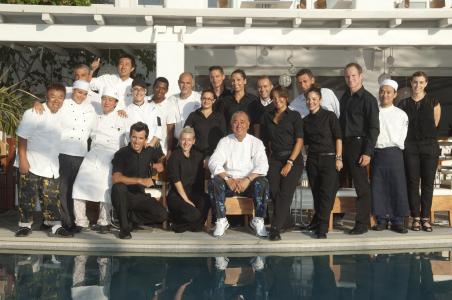 As for the man himself, he makes a point of spending a few days on the island during the annual Nobu festival, an excellent opportunity for new discoveries and Greek-inspired dishes. Upon arrival, Chef Nobu is ushered into suite 202, his favorite quarters in the entire hotel, where he is greeted by a vase full of wild flowers, a teapot for his favorite matcha tea, a yoga mat for early morning sun salutations and three freshly pressed chef jackets. The Ioannidis siblings accompany him on his daily swim, preferably in isolated beaches, and take him around the island to feast on local delicacies. His love affair with simple Greek cuisine has inspired many dishes on the restaurant menu that have often migrated to other Nobu locations around the world. His most memorable experiment to date was cooking with prickly pear from the Belvedere Hotel garden. “He picked the fruit himself, removed the thorns one by one and chopped it up in a delicious cacti sauce, served with tempura,” recounts Nikolas Ioannidis. “Unfortunately, we had to take it off the menu before we used every single leaf in the garden!”

This year, Matsuhisa Mykonos celebrated its 17-year anniversary and although the island’s culinary horizons has certainly expanded since 2003, no one has even come close to touching the restaurant’s tremendous success. According to Chef Nobu, the reason is really quite simple: “People can attempt to duplicate my food, but they can’t duplicate my heart.”  “Kokoro” indeed.